How to Write a Resume for Computer Programmer Job: Best Tips

In the modern world, the job of a programmer is in great demand and hundreds of thousands of candidates dream about this position. A killer resume is something that will help you get around other applicants and win a better position. Below you will find the basic rules for writing a strong self-presentation.

You may be surprised to find out that hiring managers spend no more than 10 seconds evaluating a candidate’s profile. Therefore, this section needs to immediately catch the eye of the recruiter. Describe the personal and professional qualities that best help you fulfill your responsibilities. Also, write a strong statement of purpose about what you are pursuing in the desired position.

A good candidate is one who lists both their technical skills and personal qualities. But be sure that your descriptions meet the requirements of the hiring manager. Therefore, include those abilities that are listed in the computer programmer job description.

Most employers are just looking for specialists with a bachelor’s degree. So, that’s all you will have to put in this section. However, if you are an entry-level candidate with limited work experience, turn this part of the document into your advantage by describing your educational projects and achievements in more detail.

The next thing you should describe is your experience. List the companies at which you previously worked, as well as the tasks that you performed. You should also boldly list all of your professional achievements.

If your projects are online, be sure to provide a link to them. A great example of your practice can tell a lot about you as a professional.

If you do not have enough experience, you can code several free projects. Doing so will allow you to gain additional skills and valuable experience that can be listed in your self-presentation.

When you are preparing skills for a computer programmer resume, it’s important not to overdo it. List only those programming languages in which you have excellent knowledge and experience. The same applies to such tasks as setting up a system, servers, or databases.

To simplify your task, we decided to demonstrate how the above tips can be applied to one computer programmer’s resume sample. Do you think it will be a challenge to create one for yourself? Not with our online builder! Complete a small questionnaire and you’ll get your perfectly structured unique copy.

A result-oriented computer programmer with 5 years of experience in the development of software and systems for solving complex mathematical and physical issues. Created more than 30 applications for calculating the movement of machinery and equipment. Proven experience in installing servers, creating and supporting extensive databases.

Current professional goal: Seeking to use my skills, knowledge and experience to increase the efficiency of working with data and create solutions that meet the needs of the business.

Don’t hesitate! Get an outstanding resume!

Can’t decide whether a CV or resume for a computer programmer will help you get a job? Let's compare! Although CV and resume have a generic goal to present the qualifications and experience of the candidate, these documents differ in structure and length:

Another effective way to get a recruiter's attention is to use a beautiful design. A creative layout will help you stand out from the rest of the candidates. In our editor, you will find many perfect formats that will make your document even better. 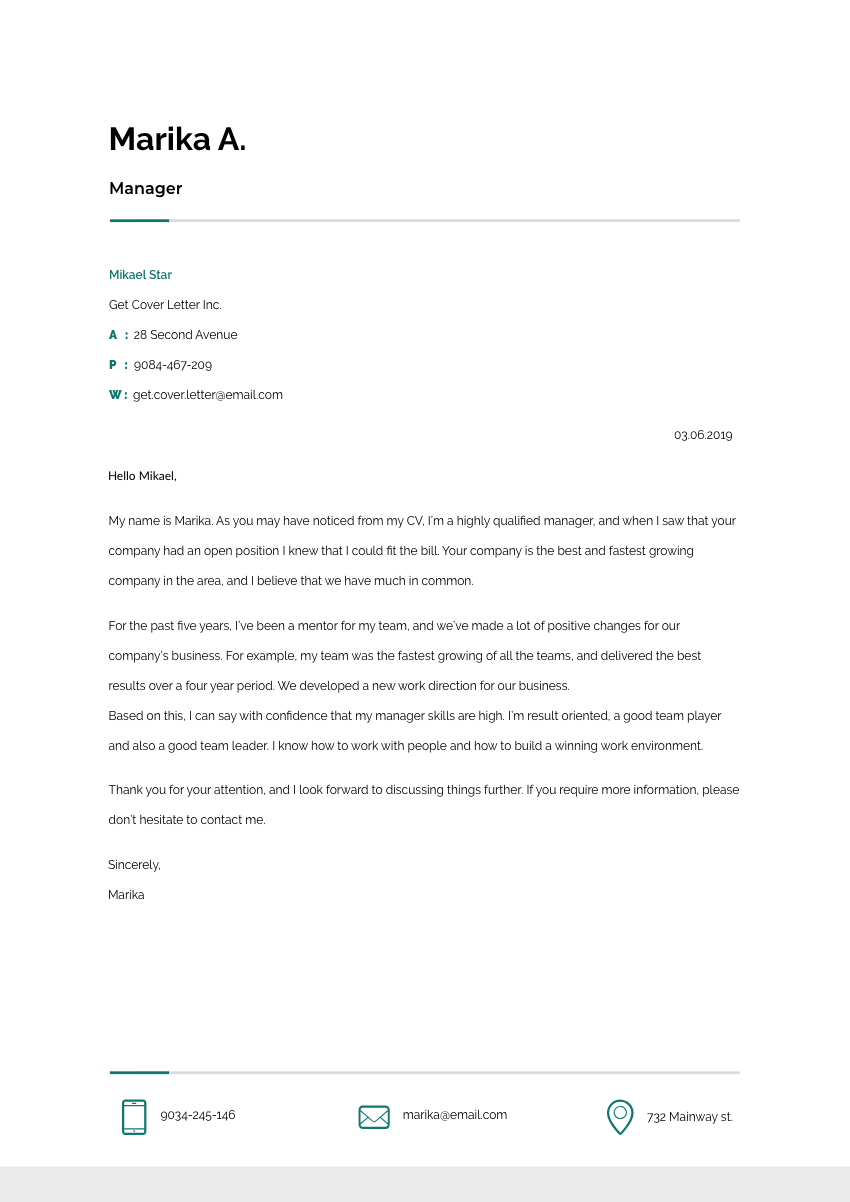 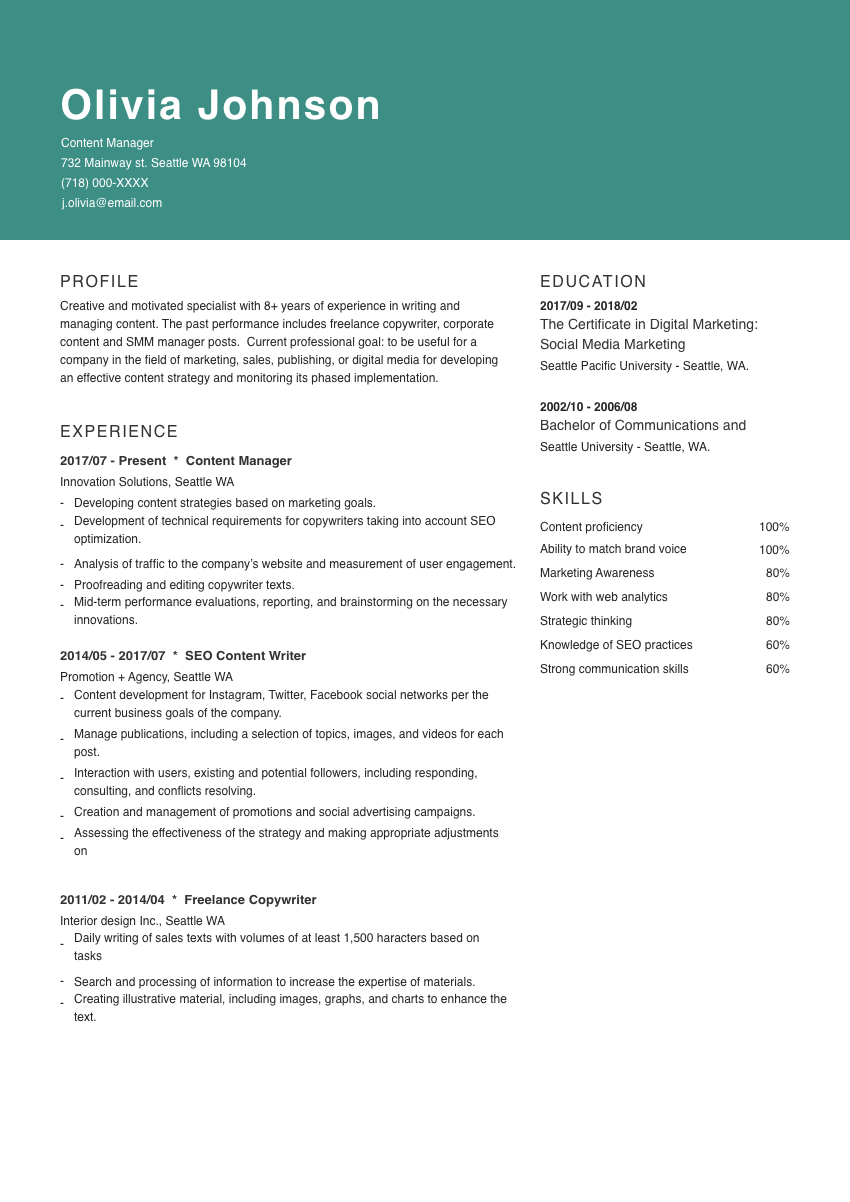 Your resume is a few steps away. Take the first one now!

“The excellent specialists on this site helped me get a dream job! Seriously, you guys are the best! I definitely recommend everyone to try this amazing editor!”

“I am just a beginner, so I was unsure of my abilities. I took advantage of this service and the results exceeded all my expectations. My resume for a computer programmer was perfect, and it allowed me to quickly get the desired position.”

“User-friendly interface and fast functionality. In 1.5 hours, I created a professional document that was assessed by hiring managers. I have already received 6 job offers!”

“The excellent specialists on this site helped me get a dream job! Seriously, you guys are the best! I definitely recommend everyone to try this amazing editor!”

“I am just a beginner, so I was unsure of my abilities. I took advantage of this service and the results exceeded all my expectations. My resume for a computer programmer was perfect, and it allowed me to quickly get the desired position.”

“User-friendly interface and fast functionality. In 1.5 hours, I created a professional document that was assessed by hiring managers. I have already received 6 job offers!”

Tired of searching for a simple and accurate resume builder? Try this one!

We have prepared a list of professions that require specialists like you. Check them out to increase your chances of finding a good job.